Singer George Michael, best-known as one half of the 1980s British pop duo Wham!, and for a subsequently hugely successful solo career, which featured hits such as “Father Figure” and “Careless Whisper,” has died. He was 53.

The news broke late Sunday afternoon. His family issued a statement through England’s Thames Valley Police saying that he “passed away peacefully at home over the Christmas period.”

“It is with great sadness that we can confirm our beloved son, brother and friend George passed away peacefully at home over the Christmas period,” read a statement from his publicist, according to the Hollywood Reporter. “The family would ask that their privacy be respected at this difficult and emotional time. There will be no further comment at this stage.”

Michael died at his home in Goring, England. His publicist, Cindi Berger, said he had not been ill. Michael’s manager, Michael Lippman, says the cause of death was heart failure.

The London-born Michael (born Georgios Kyriacos Panayioto), with his tailored good looks and easy stage manner, rose to fame in the 1980s alongside his childhood best friend Andrew Ridgeley, as the music duo Wham! Helped by MTV, Wham! easily crossed the Atlantic to become popular in the United States with Michael, as lead singer, usually the focal point.

Their string of hits included “Wake Me Up Before You Go-Go” and “Last Christmas.” Michael’s biggest-selling solo hits included “Careless Whisper,” released while he was still performing as part of Wham!,

“Father Figure,” and “Praying for Time.” As a solo artist, he developed into a more serious singer and songwriter, lauded by critics for his powerful vocal and expressive range. He sold well over 100 million albums globally, earned numerous Grammy and American Music Awards, and recorded duets with Aretha Franklin, Ray Charles, Luciano Pavarotti and Elton John, among others.

His four decades-long career (he released his most recent album, “Symphonica,” in 2014) boasted a slew of solo albums as well, including the Grammy-winning “Faith” and “Listen Without Prejudice Vol. 1.” “Faith,” sold more 20 million copies, and spawned several hit singles including the raunchy “I Want Your Sex,” which was helped immeasurably by a provocative video that received wide air play on MTV.

The song was controversial not only because of its explicit nature, but also because it was seen as encouraging casual sex and promiscuity at a time when the AIDS epidemic was deepening. Michael and his management tried to tamp down this point of view by having the singer write “Explore Monogamy” on the leg and back of a model in the video.

These years represented the height of Michael’s commercial success, which at times was marred by a protracted legal dispute with his record company Sony. 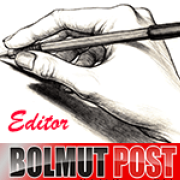